Stephen Lloyd, in conversation with Vali Chandrasekaran, discusses Friend of the Devil 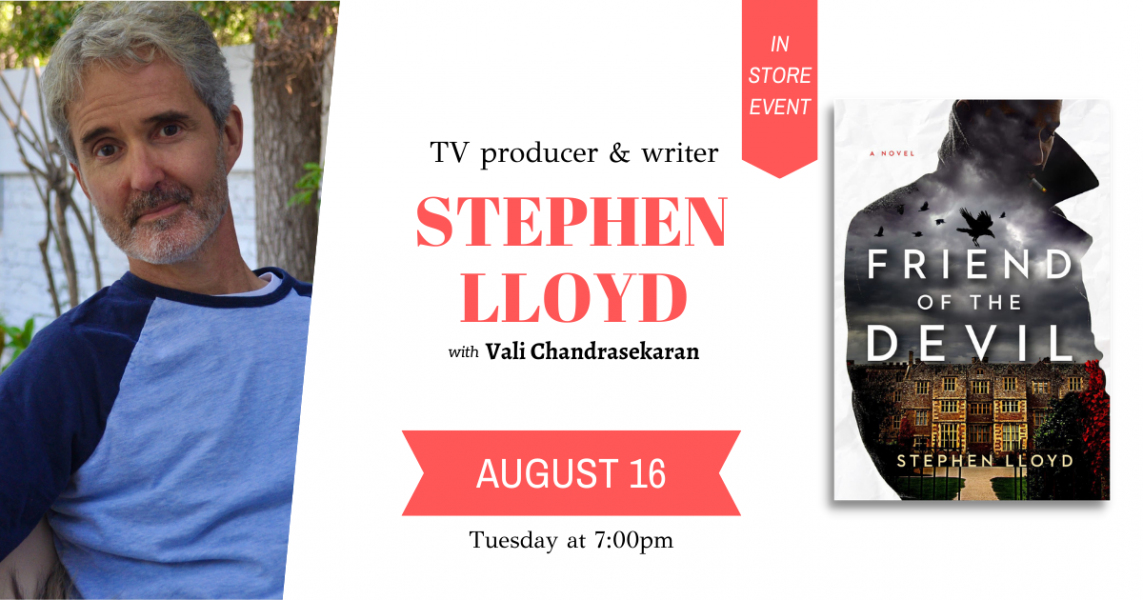 Welcome to Danforth Putnam, boarding school for the elite, sprawled across its own private island off the coast of New England. Sam, a war vet who feels sure he's seen it all, has been called here to find a stolen rare book. But as he corners D&D nerds, grills steroid-raging linemen, and interviews filthy-rich actresses, he soon senses that something far stranger--"witchy", in fact--is afoot. When students start to meet mysterious and gruesome deaths, Sam realizes just how fast the clock is ticking.

After joining forces with plucky, epilepsy-defying school reporter Harriet, Sam ventures into increasingly dark territory, unraveling a supernatural mystery that will upend everything he thinks he knows about this school--and then shatter his own reality.

Toss Dracula into a blender, throw in a shot of hard-boiled detective fiction, splash in a couple drops of Stranger Things, and pour yourself a nice tall glass of Friend of the Devil. (G.P. Putnam’s Sons)

Friend of the Devil (Hardcover)