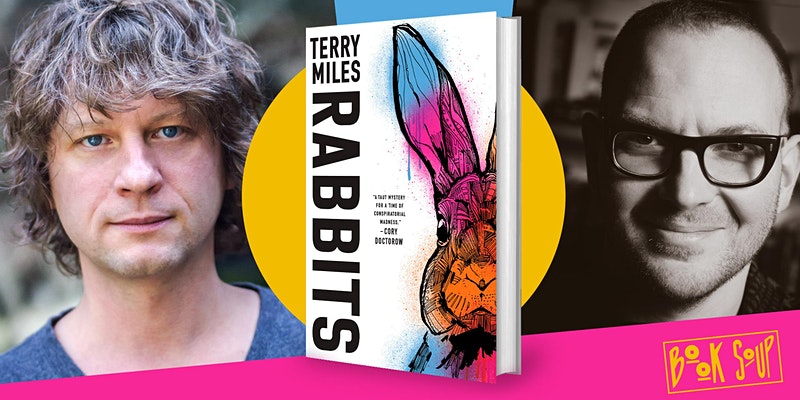 A deadly underground game might just be altering reality itself in this all-new adventure set in the world of the hit Rabbits podcast.

It's an average work day. You've been wrapped up in a task, and you check the clock when you come up for air--4:44 p.m. You check your email, and 44 unread messages have built up. With a shock, you realize the date is April 4--4/4. And when you get in your car to drive home, your odometer reads 44,444.
Coincidence? Or have you just seen the edge of a rabbit hole?

Rabbits is a mysterious alternate reality game so vast it uses the entire world as its canvas. Since the game started in 1959, ten iterations have appeared and nine winners have been declared. The identities of these winners are unknown. So is their reward, which is whispered to be NSA or CIA recruitment, vast wealth, immortality, or perhaps even the key to the secrets of the universe itself. But the deeper you get, the more dangerous the game becomes. Players have died in the past--and the body count is rising. And now the eleventh round is about to begin.

Enter K--a Rabbits obsessive who has been trying to find a way into the game for years. That path opens when K is approached by billionaire Alan Scarpio, rumored to be the winner of the sixth iteration. Scarpio says that something has gone wrong with the game and that K needs to fix it before Eleven starts, or the whole world will pay the price. Five days later, Scarpio is declared missing. Two weeks after that, K blows the deadline: Eleven begins. And suddenly, the fate of the entire universe is at stake. (Del Rey Books)

"A taut mystery for a time of conspiratorial madness."--Cory Doctorow

Terry Miles is an award-winning filmmaker; creator of the Public Radio Alliance and that network’s series of hit podcasts: Tanis, Rabbits, Faerie, and The Last Movie; and co-creator of The Black Tapes. He splits his time between the dark emerald gloom of the Pacific Northwest and sunny Los Angeles.

Cory Doctorow (craphound.com) is a science fiction author, activist and journalist. He is the author of many books, most recently RADICALIZED and WALKAWAY, science fiction for adults; HOW TO DESTROY SURVEILLANCE CAPITALISM, nonfiction about monopoly and conspiracy; IN REAL LIFE, a graphic novel; and the picture book POESY THE MONSTER SLAYER. His latest book is ATTACK SURFACE, a standalone adult sequel to LITTLE BROTHER

This event ticket includes a hardcover copy of Rabbits signed by the author, along with one specially designed Rabbits challenge coin, as well as online access to the event for your household! (Rabbits coin is 1.75” diameter and available while supplies last) You will receive a link and password to attend the Crowdcast event, Friday, June 4th. 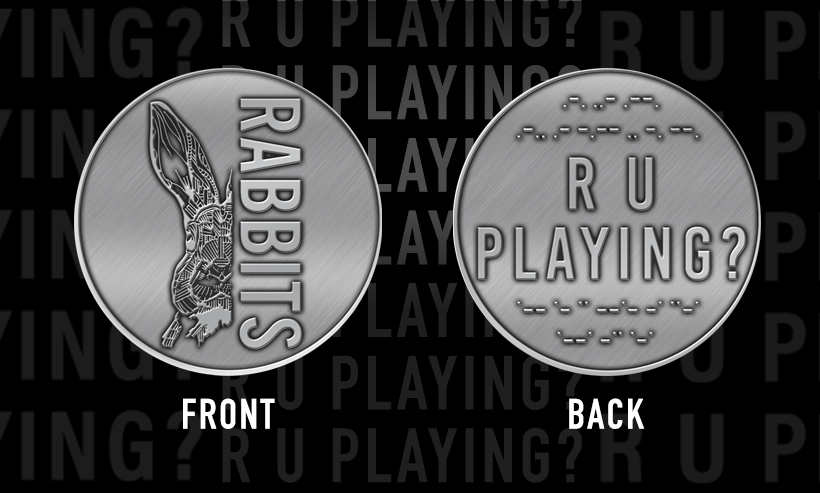 Please note: Ticket options include in-store pick up, shipped domestically (allow 2-3 weeks for delivery), or shipped internationally (allow 4-5 weeks for delivery). Books will be mailed to you after the event. For those who choose in-store pick up, you will be contacted by Book Soup via email following the event and alerted as to when your book will be ready for pick up.