Pre Order a Signed Copy of Dying of Politeness: A Memoir by Geena Davis 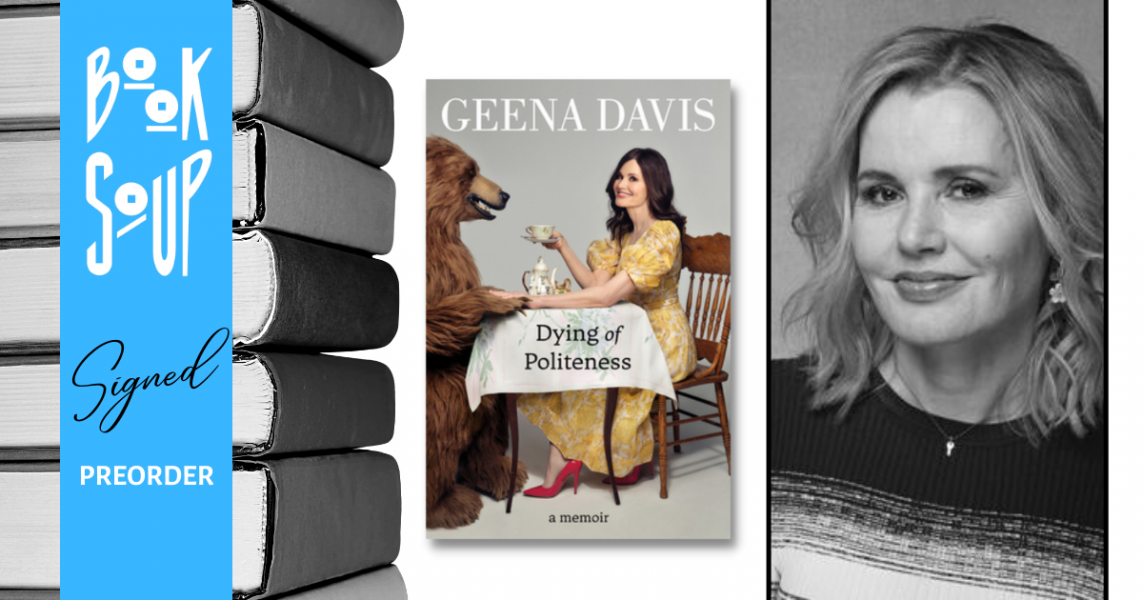 From two-time Academy Award winner and screen icon Geena Davis, the surprising tale of her "journey to badassery"--from her epically polite childhood to roles that loaned her the strength to become a powerhouse in Hollywood.

At three years old, Geena Davis announced she was going to be in movies. Now, with a slew of iconic roles and awards under her belt, she has surpassed her childhood dream--but the path to finding yourself never did run smoothly. In this simultaneously hilarious and candid memoir, Davis regales us with tales of a career playing everything from an amnesiac assassin to the parent of a rodent, her eccentric childhood, her relationships, and helping lead the way to gender parity in Hollywood--all while learning to be a little more badass, one role at a time. Dying of Politeness is a touching account of one woman's journey to fight for herself, and ultimately fighting for women all around the globe.

Dying of Politeness: A Memoir (Hardcover)