Order a signed copy of I Exaggerate: My Brushes with Fame by Kevin Nealon 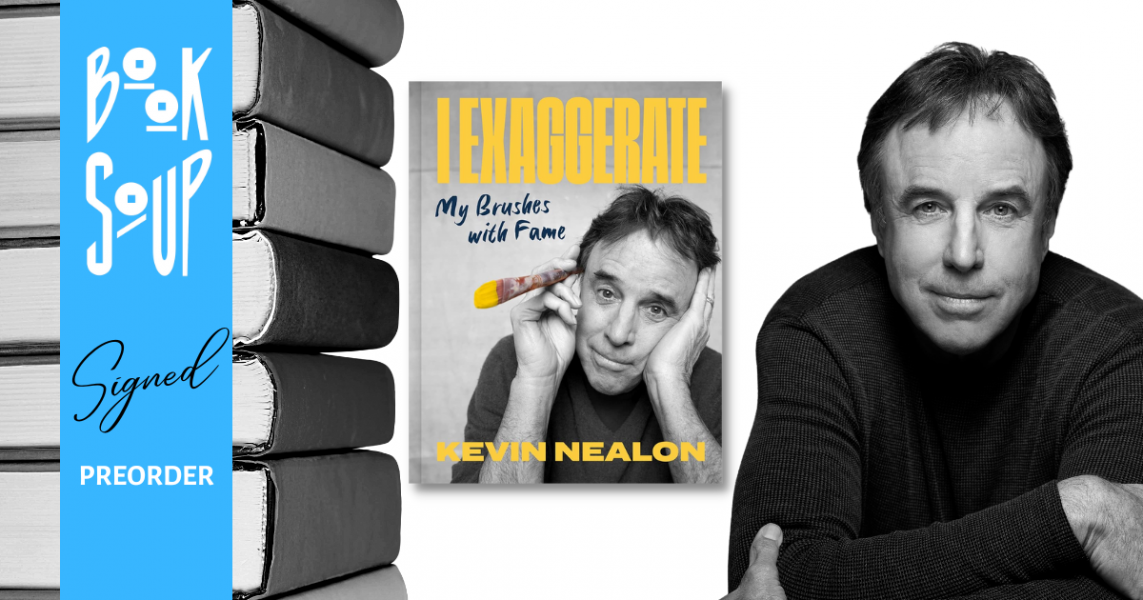 You may know Kevin Nealon as a celebrated comedian and Saturday Night Live alum--but he also happens to be a talented caricature artist.

In I Exaggerate, comedian and actor Kevin Nealon shares original full-color caricatures and funny, endearing personal essays about his famous friends. Alongside his portraits and doodles from script margins and cocktail napkins, Nealon takes readers through his memories of everything from the set of Saturday Night Live with Chris Farley and Dana Carvey, to his idolization of James Taylor, Tiffany Haddish's vegetable garden, the eulogy he gave at his dear friend Garry Shandling's funeral, and much more. This is a charming and gorgeously illustrated project from a comedy all-star that is sure to delight.

THIS PROMOTION HAS ENDED. SIGNED BOOKS ARE SHIPPING NOW. PLEASE BE PATIENT AS WE ARE SHIPPING A LARGE NUMBER OF BOOKS.