Pre order a SIGNED copy of The Knockout Queen by Rufi Thorpe!

After his mother goes to prison for stabbing his violent father with a fruit knife, Michael moves in with his aunt in the idyllic Southern California suburb of North Shore, and it is there he meets Bunny Lampert. “She was the princess of North Shore,” he recalls, from the vantage of adulthood, “and somehow, almost against my will, I became her friend.” Bunny is a somewhat unlikely princess: a tall, tall volleyball star with a dead mother, an affably sleazy father, and the overdeveloped abs of a Ninja Turtle. Michael, meanwhile, is a gay, long-haired, septum-pierced high achiever with a secret relationship with a much older man and an after-school job at Rite Aid. What they have in common, besides geographic proximity, traumatic childhoods, and a general lack of adult supervision, is a failure to fit into the prescribed roles of gender identity: “as often as I was failing to pass as a straight boy…Bunny was failing to pass as a girl.” This is not only because she is big—6-feet-3-inches and 200 pounds by the end of junior year—but also happy and confident, a “combination of qualities,” Michael notes, people found “displeasing in a young woman.” And it is exactly these qualities that will do Bunny in, in a single moment of violence that feels both shocking and predestined, forever changing both their lives. But there are no victims here and no heroes, either. In Thorpe’s Technicolor world, everyone is an innocent and everyone is culpable and no one is absolved, and the result is a novel both nauseatingly brutal and radically kind. 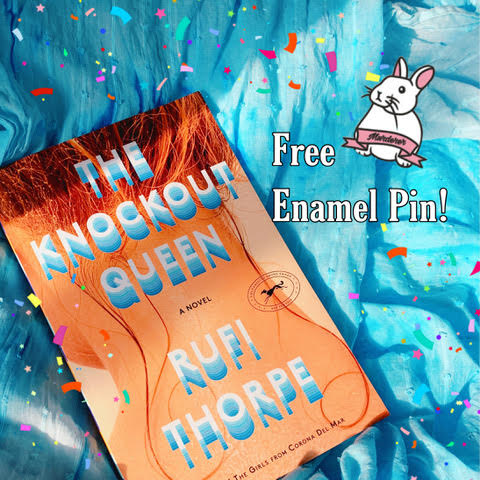 The Knockout Queen: A novel (Hardcover)